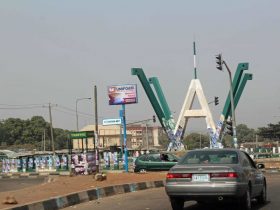 SPOTLIGHT: ALL YOU NEED TO KNOW ABOUT KADUNA STATE

Over the years, Dubai has become a favourite destination spot for most travelers, and that is because of the beautiful architectural buildings they have to offer.

One of Dubai’s most attractive and famous landmarks is the Museum of the Future (MOTF) placed along the city’s superhighway, Sheikh Zayed Road. The Dubai Future Foundation founded this museum, which is one of the world’s most complex structures, designed as an asymmetric building clad in steel and glass.

The Museum of the Future recognized by National Geographic as one of the 14 most beautiful museums in the world giving its credit to architect Shaun Killa, who wanted the structure to represent Dubai’s vision of the future.

Unlike the traditional nature of museums that houses and preserves old artifacts and paintings of centuries ago, the “Museum of the Future” as the name implies explores how the society could evolve in the coming decades using science and technology.

The Museum of the Future incorporates elements of traditional exhibitions, immersive theatre and themed attractions, so visitors can look beyond the present and focus on the future limitless possibilities.

The major goal of this museum is to promote technological development and innovation, especially in the fields of robotics and artificial intelligence.

The museum’s striking exterior also stands out because of the use of Arabic calligraphy, which forms an Arabic poem by Dubai’s ruler about the emirate’s future.

The words written on the Dubai Museum of the Future are three quotes from Sheikh Mohammed bin Rashid Al Maktoum are:

The magnificent view of The Museum of The Future stands as a true beauty of art making it one of the most beautiful buildings in the world.  This rare structure is shaped like a cowry, with a space in the middle that sees through the possibilities and prospects of the future of humanity.

The Museum of the Future comprises three main features; a green hill, which symbolically represents the earth with a solid foundation, the building, which represents a firm establishment and the third feature being the void, speaks of time and history.

The Museum of the Future leaves an awe-gasping and jaw dropping experience in the minds of its visitors.

The museum comprises of seven floors designed like an expansive, interactive movie set, brought to life by expert technologists and visionary artists, these seven floors are all dedicated to different exhibitions. Each of the exhibitions has a different theme focused on the role of technology in the different sectors of the country. Themes in focus include the future of space travel and living, climate change and ecology, health, wellness and spirituality.

The museum of the future holds futuristic objects like a cyber dog, a rain forest, and a space station, which shows that even though it’s called a museum, it is more like the birthplace and household for innovations, futuristic ideas.

Asides from its magnificent view, the museum provides it’s visitors with the opportunity to engage with its game-changing technology. There are organised workshops and talks from the world’s greatest minds for visitors to learn and grasp knowledge.

Thus The Museum of The Future is a shelter for designers, innovators and researchers; it is also a safe space for the young ones to explore their curious minds and various skills in math, physics, labs and space travel.

The exhibitions of the museum explore a theme in the near future that will move humanity, showing how man will thrive when it becomes fundamentally groundbreaking in ideas. In addition, the museum aims to proffer solutions to disputes affecting cities in the near future in addition to housing innovations and being a hub that brings researchers, designers, inventors and financiers under one roof. 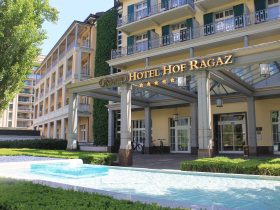 POPULAR HEALTH AND WELLNESS CENTER RETREATS FOR MINDFULNESS AND MEDITATION 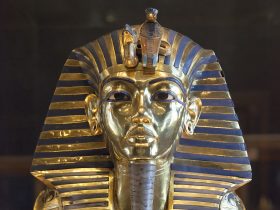 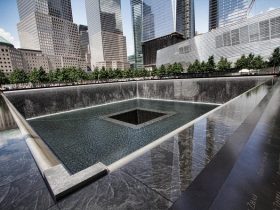