Oron Museum is a museum in Oron, Nigeria, established in 1958 to accommodate eight hundred known ancestral figures (Ekpu Oro) of the Oron people, which are believed to be among the oldest and finest surviving woodcarvings in Africa. During the civil war, many of the woodcarvings were looted and the museum was severely damaged. In 1975, the museum was re-inaugurated and today houses the remains of the wooden sculptures and other ethnographic materials from across Nigeria.

Oron Museum, located near Calabar, is notable for having treasured national monuments such as the Ojukwu Bunker-one of the remaining relics of the Nigerian Civil War. The museum has an uncommon collection of objects on display that any community would be proud to have. From the section of carved wooden figurines (Ekpu), through the pottery (Ishibori) and masquerade (Ekpe) sections to the traditional mats and local instruments sections. In the bunker is the figurine of a soldier.

The museum celebrates the historical and cultural riches of the major ethnic groups that make up Akwa Ibom State such as Ibibio, Annang and Oron.

Being a national heritage, there are so many entertaining things to do at Oron Museum. Take a tour of the remaining relics from the national civil war such as Ojokwu bunker, learn more about the history and major cultural riches of Nigeria, catch a sight of the carved wooden figurines (Ekpu), the pottery (Ishibori) and the masquerade sections and visit the craft village located at the premises of Oron Museum.

The Old Consulate Building of the then Eastern Central State located at 6 Ikot Ekpene Road, Aba, is currently in a bad form for any formal use.  On March 8, 1985, the museum was officially commissioned by the then Governor of Imo State, Brigadier Ike Nwachukwu.

The museum was the first of its kind in Nigeria and indeed Africa. The purpose of the museum among other things was:

The items on this in the museum include historical events in the form of photograph and write-ups. The museum has 415 historical collections, 310 ethnographic objects and 151 archeological objects listed there. This manner of photographic display of historical events in a colorful order helps visitors and students to appreciate our colonial history. Good road network, restaurants, hotels, and other facilities will make your visit to this museum truly adventurous.

This war museum located in Isingwu Autonomous community was set up in 1985.The Nigerian National War Museum in Umuahia displays the military history of Nigeria with relics from the Biafra-Nigerian Civil War preserved and maintained by the National Commission for Museums and Monuments (NCMM). It holds a collection of objects of traditional and modern warfare, warships, military aircrafts, armored tanks, and “Ogbunigwe” (bombs produced locally by Biafra during the Nigerian Civil War), it holds in it the evidence of the internal war in Nigeria from 1967-1970 .The museum is a heritage site that captures the memories of the Biafra War.

The Nigerian-Biafran war, also known as Nigerian civil war, was a political clash caused by the attempted secession of the Southeastern provinces of Nigeria as the self-proclaimed Republic of Biafra. The war, which started on July 6, 1967, ended on January 15, 1970.

During the war, various sophisticated weapons were used. Some of these deadly weapons were made due the emergency of the war. Outside the trappings of the war, civilians were also occupied in the process of building up the minds of the people to forge ahead regardless of the deprivations that came with war.

The war was a turning point in the history of Nigeria as a country. It is in this will that the Nigerian War Museum, Umuahia was established. The museum’s location was chosen because it was where the bunker housing the famous shortwave radio “the Voice of Biafra” was transmitted. Voice of Biafra was the mouthpiece (means of communication) for Biafra during the war.

The National War Museum has the highest collection of the Nigerian civil war weapons that are no longer in used. The place has become a tourist site that attracts hundreds of people daily. They come from within and outside the country,  to relive the period of the war through artifacts on display, or for study purposes.

On display are spears, shields, bows and arrows. Metal war vests that warriors used to protect themselves, then the Nigerian Armed Forces gallery where there are ceremonial uniforms of the army officers and pictures of some past military leaders.  Just at the entrance is the Biafran flag: red, black and green with the rising sun in the middle. There are also black and white pictures of the Nigerian leaders that were victims of the war, starting with the January 15, 1966 coup of Kaduna.

The army weapons on display include anti-aircraft guns and Squid Mortar MK4 anti-submarine gun said to be carried by the Navy warship N.N.S. Nigeria,  mostly deployed for demolition of suspected mine fields along the channel for the safe passage of Nigerian Navy ships during the civil war. Others are the Biafran red devil armored recruits carrier, the famous Ogbunigwe (Ojukwu bucket) launcher, artillery gun 105mm Howitzer  said to have been used by the Italians during the Second World War in 1943.

The bunker is about 30 feet deep and on both sides of the step  are pictures of protagonists of the war from both Nigerian and Biafran sides. Inside the bunker are the transmission studio and the huge transmitter of Radio Biafra. The bunker was a perfect bait and very difficult for any enemy aircraft to locate without any prior information, especially with the surging hills in the area. The bunker has two stairways for entrance and exit. The tour of this section of the museum is arranged in a way that the tourist would walk through the main entrance to the bunker and exit through the back.

Scattered on the premises of the war museum are different archaic military weapons. Looking at them in their state, one wonders how many lives some of these weapons must have terminated.

The National gallery of Art (NGA) was established in 1993 in fulfillment of  Nigeria’s cultural policy, which recommends that a National Gallery of Art be established for the promotion and presentation of creative visual art in Nigeria.

Other sections are dedicated to ceramics, artwork from friendly nations, a evaluation of media and styles, glass painting and textiles. Modern textile art in Nigeria draws on rich traditions from the Yoruba, Hausa, Igbo and other peoples of Nigeria. Even modern textile art may draw heavily on myths and use traditional symbols, colours and patterns.

The museum was founded in 1957 by the English archaeologist Kenneth Murray. It also has educated many Nigerians, Englishmen, and tourists on the history and culture of the country Nigeria. The Nigerian National Museum is a national museum of Nigeria, located in the city of Lagos.

The museum has a notable collection of Nigerian art, including pieces of statuary and carvings and archaeological and ethnographic exhibits. The museum has some remarkable artifacts, though the presentation is a little disheveled. The Cycle of Life exhibit explores traditional Nigerian life, from birth to death to afterlife. Exhibits include a clay Yoruba pot to bury an umbilical cord and an Egungun masquerade costume used for dancing during a chief’s funeral; the voluminous orange cape has sequins, coins and beads attached.

One of the notable artifacts is a terra-cotta human head known as the Jemaa Head (c. 900 to 200 BC), part of the Nok culture. The piece is named after Jema’a, the village where it was uncovered. It is located at Onikan, Lagos Island.

The guides can explain the museum very well so that any visitor who comes takes a lot of knowledge.

The museum was founded in 1968 to accommodate the antiquities which were formerly in the Olowo Palace. The Owo site was first excavated in 1969-1971 by Ekpo Eyo under the auspices of the Department of Antiquities of the Government of Nigeria. Due to Owo’s location between the two famous art centers of Ife and Benin, the site reflects both artistic traditions.

Underscoring its origin and its inherent value to the culture and traditions of the Owo people is its location within the palace confines of the Olowo, the town’s monarch. The museum is the historical link between the people, their past and their ancestors.

The Owo Museum of Antiquities portrays a humble and classical facade, yet holding a collection of rich historical and archaeological artifacts, which portrays the early life of generations gone by.  It remains a place for curious tourists and ethnographic researchers.

Approaching the first section, is a picture of fossils unearthed in 1965, in Iwo Eleru, which is said to be the earliest man on the soil of West Africa. The skull and other skeletal remains of the “early man” is dated to be about 12,000 years. Even more striking is the fact that ancient tools were said to have been found along with the fossil. These are stone and wooden tools specially made for cutting and for agricultural purposes.

The museum also displays a collection of terra cotta heads discovered by Ekpo Eyo during the 1969 excavations in Owo. These terra cotta sculptures date back to the 15th century. The Owo terra cotta heads bear a striking resemblance with those of Ife and Benin, underlining the similarities among the three cultures.

A fascinating display of pictures chronicling the Igogo Festival of the Owo people stands as one of the attractions of the museum, some of the Owo objects show similarities to the art of Benin, while others display characteristics that are distinctive to Owo.

CRIMMD Nigerian Museum of photo history, rich with photographs and portraits of the slave trades and its relics, through to the famous Berlin Conference of 1884/85; the era of Explorers (Expedition) of Dr. Mungo Park, Richard Landers and others. The onset of the merchants of the Royal Niger Company of Sir George Goldie through to Lord Fredrick Lugard who amalgamated Nigeria in 1914 and his wife, a former colonial secretary of great Britain.

Regional premiers and Regional Governors, Military Head of States and their deputies, Military governors and the Military Administrators that ever ruled in the making and shaping of Nigeria.

Civilian elected president and their vice and all the first ladies from Mrs. Flora Ogbeyalu Azikiwe to Dame Patience Jonathan.

A pictorial roll call of Chief Justices of Nigeria, Inspector General of Police (Past and Present, Chiefs of Army Staff, Naval Staff; Air Staff, Chiefs of Defense and the Ministers of Defense, Central Bank of Nigeria Governors.

There is a section on “The 12 hour revolution of Isaac Boro”; “The June 12 Saga” The Second World War; The Nigerian Civil War; Biafran Republic, including emblems like stamps, currency, coat of arm and many others – relics of chronological significance.

In addition, there are some historical relics, like stamps dating back to the era of the first post office in Nigeria, to the period when THOMAS DE LA RUE COY LTD. of London was awarded the first contract for printing the definitive Postage stamps for the colony of Lagos in 1868 by the Crown Agents. 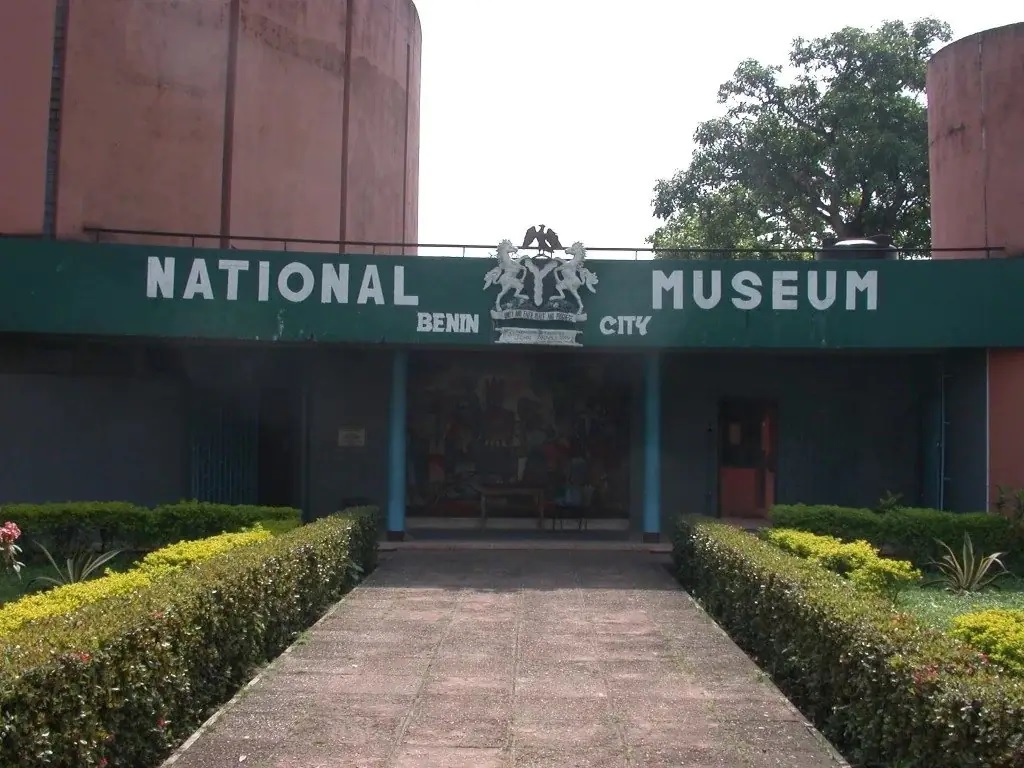 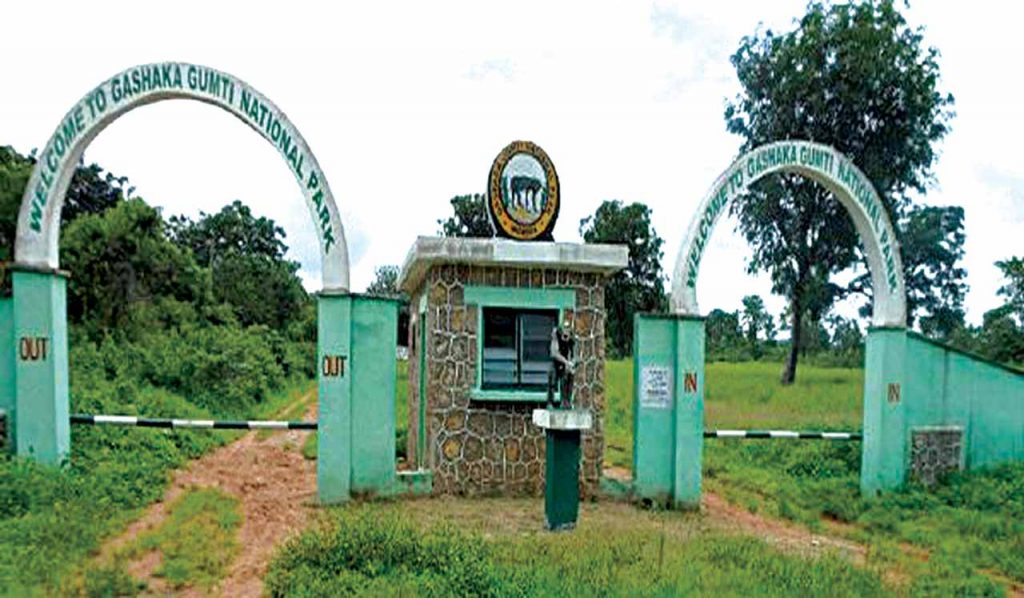