Rivers State is one of the 36 states of Nigeria, with its capital as Port Harcourt,  is the centre of the famous Nigerian Oil industry and home to over ninety industrial concerns, including the Shell Petroleum Development Company of (Nigeria) Limited, NPRC, Michelin, West African Glass Industry, Alcan Aluminum, and NAFCON, to mention a few.

The state is bounded on the South by the Atlantic Ocean, on the North by the Anambra, Imo and Abia States, on the East by Akwa Ibom State and on the West by Bayelsa and Delta States.

Due to its beautiful layout and peculiar topography, the capital. Port Harcourt, otherwise named “Garden City”, is accessible by road, rail, air and sea. Asides from having a railway station and one of the busiest airports in Nigeria, Port Harcourt has the unique natural advantage of being the nation’s second largest seaport.

Rivers State is the sixth-largest geographic area in Nigeria, with an indigenously diverse population located at major riverine and upland divisions with beautiful cultural heritage. The dominant ethnic groups are Ogoni, Ijaw and Ikwerre.

The 26th largest state by area, Rivers States geography is dominated by the numerous rivers that flow through it, including the Bonny River.

Additionally, Rivers State is the second largest economy in the country, next only to Lagos State; this is because Port Harcourt, the State’s capital, contributes significantly to the nation’s financial, manufacturing, transport and telecommunications sectors, among others.

The state is particularly noted for its linguistic diversity, with 28 indigenous languages in use there.

Rivers State is a God-given state rich in human, mineral and natural resources. The Rivers people are a minority group in the southern part of the former Eastern Region along the coastal areas of Nigeria. They are mainly traders, anglers, and farmers. The dominant ethnic groups are Ijwa, Ikwere, Etche, Ogoni, and Ogba/Egbema. Ijaw and Ikwerre are the most spoken languages although Pidgin English is widely among the people.

This is a major festival that displays the cultural heritage of the people of Rivers state. During this festival, there is a rich display of the culture and glamour of the people through the dressing, music and dance, among others. The Rivers people in the 23 Local Government Areas come together to celebrate their cultural heritage as each Local Government Area put up  show of glamorous costumes and captivating dance steps parading the streets of Port Harcourt amidst cheers, singing and dancing.

The Port Harcourt, Rivers State cultural carnival usual takes place in the month of December of every year. One unique feature of Port Harcourt Carnival is that it combines the contemporary Caribbean-style carnival and cultural carnival. There is no age restriction during this festival and visitors are also welcomed to participate as well.

The stories behind this carnival lend meaning and significance to those unusual portrayals of costumes and display.

This is a food-meet-fun event that holds at Port Harcourt, creating a guide to the rich heritage of the state through food, attracting food lovers from across the world

The Oki Festival is a ceremonial and social dance festival that’s celebrated annually by the Kalabari people of Rivers State. During this festival, several dancers display the sea life of the people by representing a family of fish. The head of the family is the Oki, a sea creature that looks like a sword shark. During this event, the fish families show their fish-like dance to the Kalabari people.

Nwaotam Festival is celebrated annually every 25th day of December in Port Harcourt with the aim to eliminate the bad spirits of the previous year and welcome good spirits into the new year. During this celebration, many tribal groups spend the night in the sea to offer prayers that will ward off the evil forces. On the next day, a procession is held at the seashore to signal the start of the celebration.

The rivers people are known for their rich cultural heritage and unique way of life and it is occasionally displayed in their special dishes such as:

This is the most popular meal of rivers state, this meal is most appreciated by the people and they regard it as their go to meal at any time of the day. The food is a combination of roasted plantain or yam and roasted fish eaten with a spicy palm oil stew. It is a street food mostly sold by vendors who put up their barbecue stand by the roadside.

This food is mostly eaten by the people from the Coastal part of the state known as Kalabari and Okirika. This meal is their native dish and it is prepared with boiled yam, very ripe plantain and oil. The combination would be put into a mortar, pounded together, and can be eaten with either pepper soup, stew or any preferred sauce.

This is another popular and rich meal accepted by the Rivers people especially the Kalabari and Okirika as their native dish. However, this meal is expensive to prepare because it contains a lot of seafood like fish, prawns, crab, crayfish, oyster, periwinkles and a whole lot more. This food is eaten with Eba, Pounded yam, Wheat and even Onunu.

Generally, the main occupation of the people of Rivers State is Agriculture; the agricultural policy of the state government is centered on food production, thereby providing employment for young school leavers and university graduates.

However, Rivers State is more famous with the production of oil and gas. Rivers State has two major oil refineries, two major seaports, airports, and various industrial estates spread across the land. More than 60% of the country’s output of crude oil is produced in the state.

Interestingly, there are many petrochemical related industries in the state, which also harbor the first petroleum refinery in Nigeria.

Manufacturing activities are currently very limited in Rivers State because the state depends largely on goods and commodities imported from abroad or produced from other cities such as Aba, Onitsha and Lagos. Nevertheless, there are also some considerable manufacturing activities taking place in the Eleme/Onne industrial hub.

The state has many rivers, some of which include:

Bonny Island is located near Port Harcourt at the southern edge of Rivers State in the Niger Delta region of Nigeria. The local language spoken on Bonny Island is Ibani, even though many natives also speak the Igbo language.

The island of Bonny serves as the seat of a traditional state known as the Kingdom of Bonny, which was founded by a priest king known as Ndoli. He and his successors, Opuamakuba and Alagbariye, were the leaders of the founding group of Bonny Island. The virgin lands and territories of the island kingdom were settled before 1400AD and the kings founded a dynasty that went on to provide most of the kingdom’s monarchs.

This is a significant location in Rivers state; it is a state owned zoological park in Port Harcourt city of Rivers State in Nigeria. The zoo was established in 1974 and was officially opened to the public on 1st October 1975. The Port Harcourt Zoo is home to numerous exceptional creature species, such as lions, cobra, monkeys, chimpanzees, turtles, crocodiles, ostriches, jackasses, gazelles, peacocks and numerous winged animal species.

The Rivers State Museum contains antiques identified with different ethnic gatherings indigenous to the state including covers, masks, pottery, earthenware and cutting. The museum is one of the best historical places in this city as most tourists come here from all over the world with their family and friends. In addition to that, it offers plenty of exciting opportunities for tourists. Strikingly, this museum has an astounding grassy plant that covers the museum from the entrance to welcome tourists.

Statue of King Jaja of Opobo

The statue of King Jaja of Opobo is a bronze monument in memory of King Jaja of Opobo, erected by public subscription in 1903. This statue was listed as being of special architectural, historical or cultural significance by the National Commission for Museums and Monuments on 14 August 1959. The statue stands on a grey granite plinth, surrounded by cast iron railings and the grass around is close growing with neatly cut edges, giving the dignified appearance of a public park.

The park boasts a wide range of facilities for all ages including a 5-star Cinema and an international restaurant launched to complement the facilities at the park. With an excellent cleanliness record of all amenities maintained, the Park’s natural and peaceful environment will give tourists the much fun, excitement and relaxation they desire. 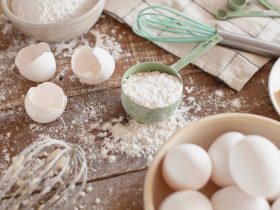 IT’S ALL ABOUT FOOD AND FUN AT WORLD BAKING DAY 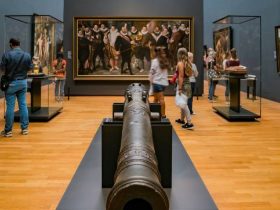 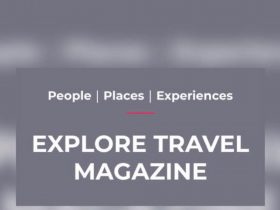