THE OTHER SIDE OF CHIBOK

On the 15th of April, 2014, Chibok town, the captal of ChibokLocal Government Area of Borno State, Nigeria, attracted global attention with news of the abduction of nearly 300 girls in April, 2014. The incident became a precursor of the #BringBackOurGirls movement championed by activists in Nigeria and backed by many public figures across the globe. Another attack by Boko Haram was also reported in May, 2014 with the terrorist group taking control of the Local Government.

Subsequently, every mention of Chibok in the Media evokes an imagery of the innocent girls in the shackles of vicious terrorists; the town itself a vestige of terrorism and destruction.

But Chibok is not all about gloom and doom, and in this brief piece, Adeyinka O. recounts his experience in the farming town of Borno State.

I travelled to Chibok Town, Borno State recently and contrary to what it is famous for, I found Chibok to be an extremely tranquil place. It was peaceful and homely. Because of its location in Borno, State, one might be forgiven to assume that it’s a Muslims-dominated town, but in reality, it’s not. It has a Christian population of about 85 percent as opposed to only 15 percent Muslim population.

I found the people of Chibok to be very friendly and accommodating, and what struck me the most was that despite being a primarily farming community, the people are very hardworking and acutely organized. You look at the landscape and fund out that even when you move through the farms and the town, there is an order within nature. You can see a deliberate effort by the people of the community to create some form of order. For example, you would never find firewood scattered all around; they are always uniquely neatly stacked in different stacks in positions around the town, farms or the houses.

What I also found compelling was their houses. Their mud houses have a sense of ancient beauty in the construction. Another thing that strikes you is the mix modern buildings juxtaposed and interspersed with traditional mud houses. In some cases, you see some houses within the same compound having modern and mud feel, which form such mosaic beauty.

Visible around the farmlands are expanse of open, almost arid-type savanna landscape dotted with huge beautiful trees. The trees stand tall almost like they are guardians of the farm spaces.

At a point I saw a tree so unique and fascinating that you had to take a few minutes to take it all in. From afar, it looked very different in a beautiful way. The shape was like nothing I had seen; huge and magnificent yet commands an air of serenity. It was even more compelling when I got closer to have a look. At close view, the trunk looked like a Picasso painting with colours such as orange, purple, cream, forming deliberate patterns on it. Nature is indeed full of surprises. It was a splendor to behold.

There are so much more in Chibok to satisfy the curious mind and in spite of it’s recent tales of terrorism attacks, the town retains its allure, and I hope more people can take time to visit the place to see the other side of the ancient town. 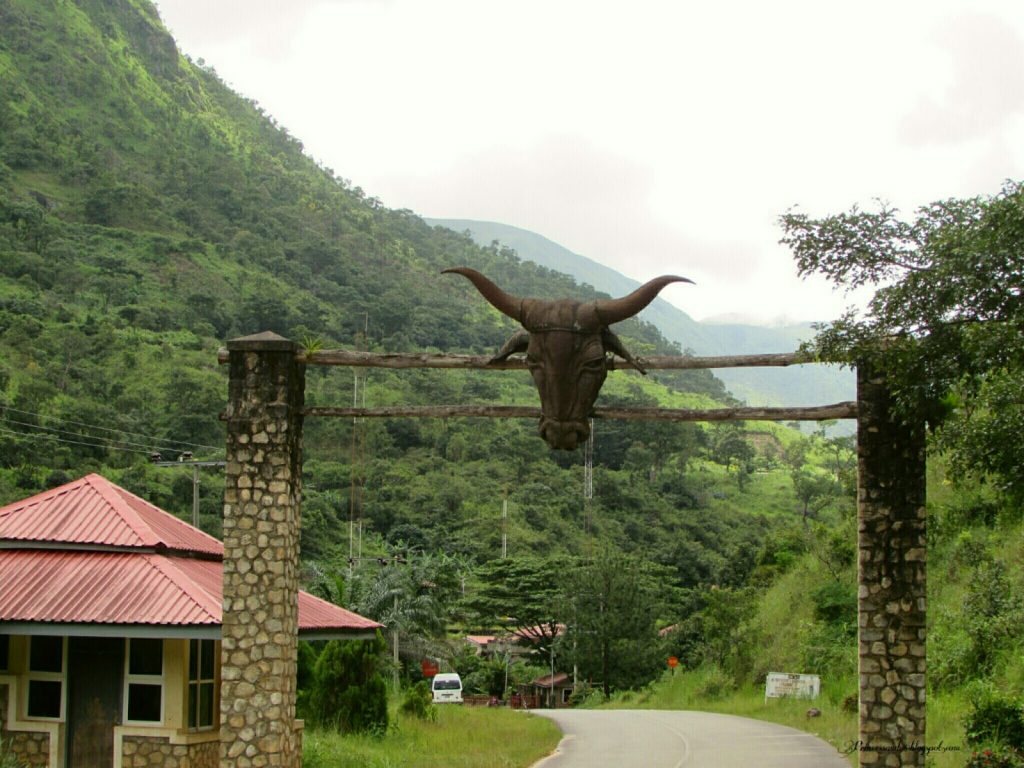