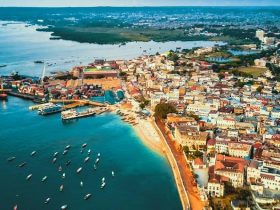 The Serengeti National Park is located in the Mara and Simiyu regions of Tanzania and contains 15,000,000 hectares (37,000,000 acres) of savanna. It is well known for the largest annual animal migration in the world of over 1.5 million blue wildebeest and 250,000 zebra and its numerous Nile crocodile and honey badger. The park includes the neighbouring  Ngorongoro Conservation Area, and Maasai Mara National Reserve  bordering Kenya.

The name “Serengeti” approximates the word siringet used by the Maasai people for the area, which means “the place where the land runs on forever”

The black rhinoceros in Serengeti National Park was reduced to about 10 individuals in the 1980s due to poaching.

Others include; about 3,500-spotted hyena, two species of jackal, African golden wolf,  honey badger, striped hyena,  two species of otters and the East African wild dog was reintroduced in 2012 after disappearing in 1991. 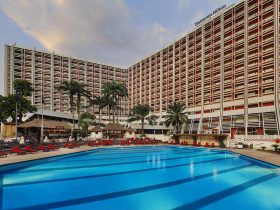 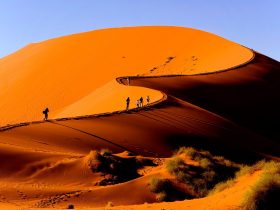 THE ICONIC DUNES OF NAMIBIA 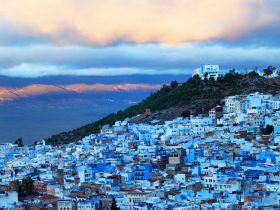